What initially started as a proposal for a new entrance and staircase, became the redesign of a home, specifically aimed at welcoming and inspiring guests. In an ongoing conversation with the client, the interior developed. The resulting unconventional interior has a joyous spirit that radiates the owner’s creativity and impeccable taste for art.

‘This project breathes the particular spirit of the owner. Throughout the design process, our conversations and personal insights brought clarity, allowing for an accurate translation into a fitting interior.’ 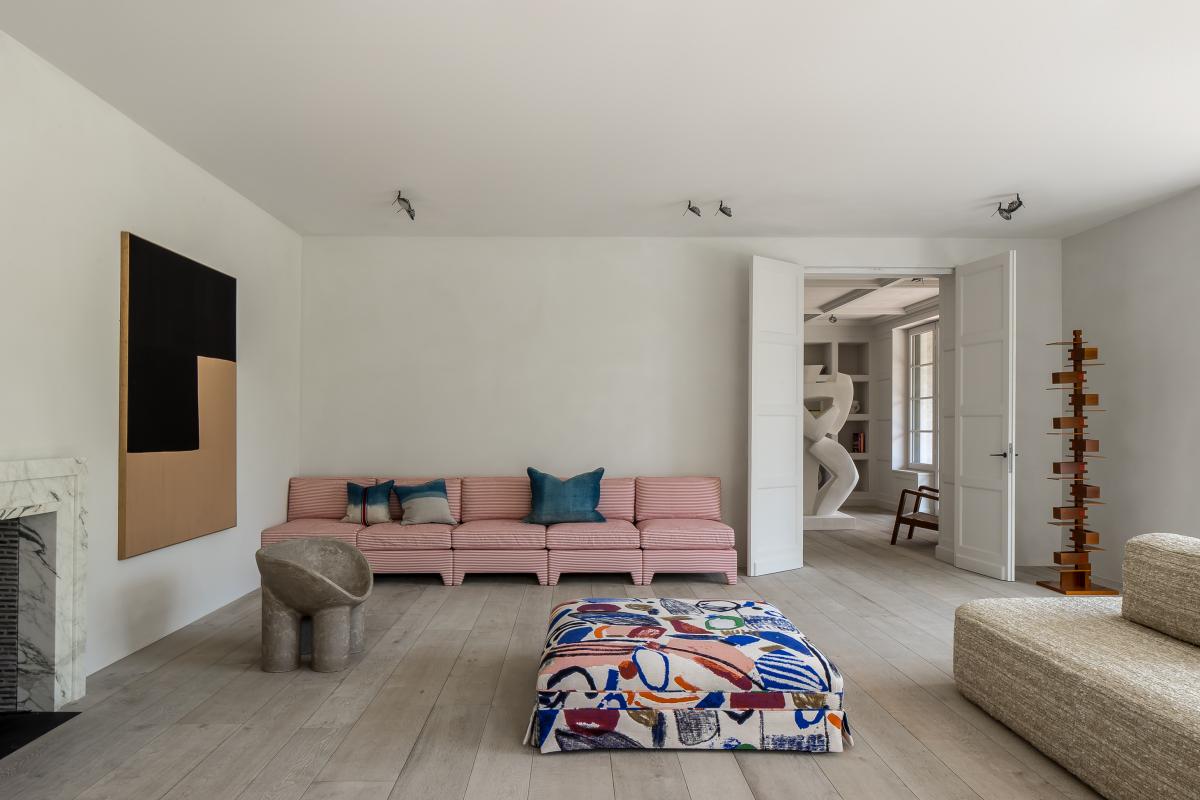 Designing the interior for a fashion designer, was in essence going to the core of his own thinking, his way of working with fabric. The staircase at the entrance has been draped into the room. Its dynamic swirl mimics the movement of fabric that has been frozen in time. In the living quarters, every room allows for a different story to unfold. In this particular project, solitary elements play an important role. from bespoke furniture to the owner’s objets d’art, they act as fictitious personalities evoking unexpected encounters. 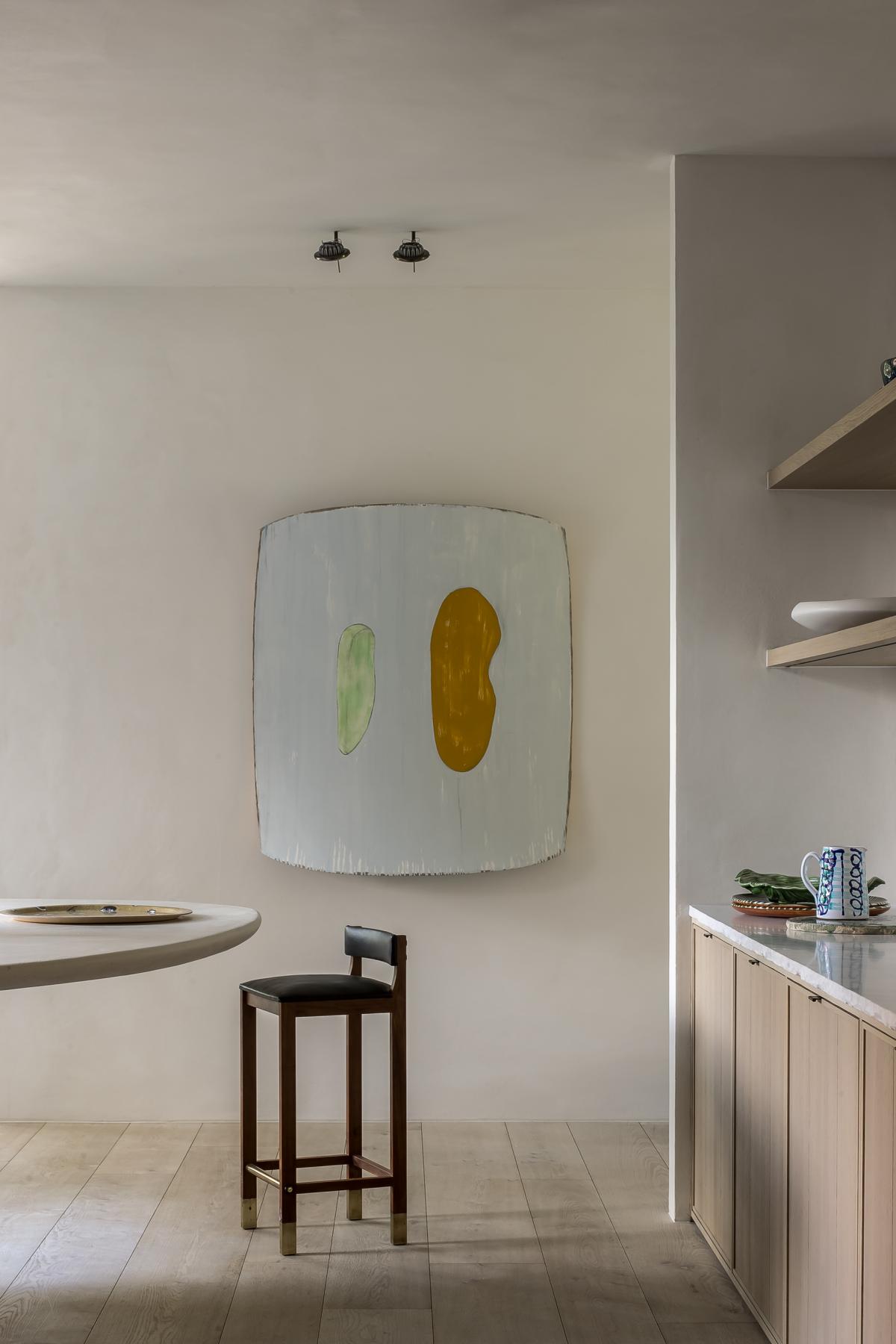